Working with disabilities through Rock Solid Foundation, the Netherlands

Hello everybody! It’s Olya here, who was lucky enough to get into a volunteer project in the Netherlands 10 months ago. Since the time of my stay here is rapidly coming to an end, this detailed review will be a great opportunity to reflect on what the project has become for me and how it has changed me :) 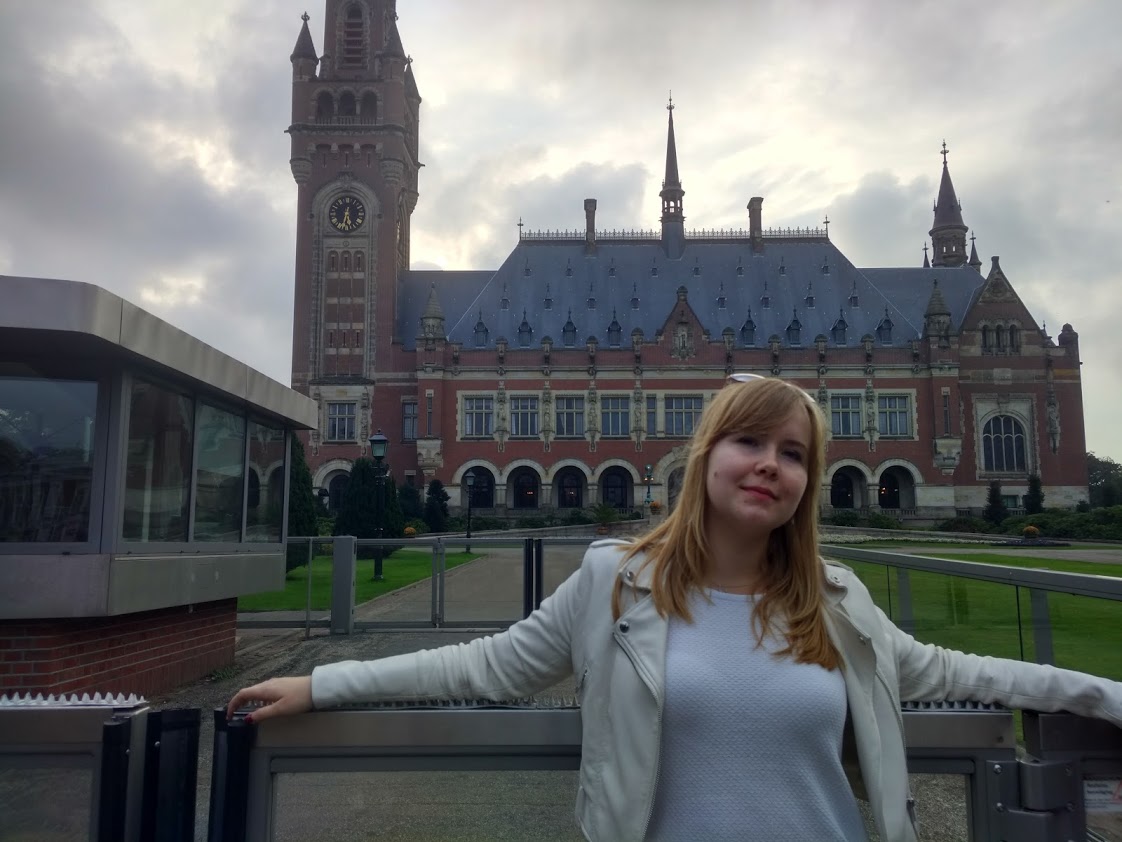 So, since September last year, I live in a small village of De Glind, located right in the middle of the country - very beneficial, because you can get to anywhere in the Netherlands for a relatively short time! If you`ve read the earlier reports from Stella’s volunteers, you could already recognise the village name, because we here have a whole ‘dynasty’ of Ukrainian volunteers - last time on the same project there was Yura, who is actively involved in international exchanges and also was sent here from Stella.

Overall, my project involves 14 volunteers from different countries (Turkey, Jordan, Germany, Austria, Morocco, Macedonia), divided into three smaller units. The two units help people with disabilities, and my job is to help children - to be their companion in games, to accompany them to the classes and, in general, to participate in their development. The village where I live with three more volunteers is special even in terms of the Netherlands. Almost all houses here are family-type orphanages (i.e. parents / partners + their own children + several foster children) or so-called family houses. Until recently, I didn't even know that such institutions exist, because I’ve never heard of this in Ukraine. So, here children have the opportunity to get much more care and attention than in ordinary orphanages. Also, the village has its own school, a cultural center where you can study musical instruments, draw or play sports games, as well as a contact zoo.

I work in two family homes, each having 5 children. Some of them are already teens, so they spend a lot of time in classes, on internships or elsewhere - and I, for the most part, communicate with smaller ones. My working day begins at two o’clock when the children come from school. Then we eat together, play inside or outdoors, go together for classes and watch netflix :) You may think that there’s not much work, but I assure you that sometimes in the evening I am completely exhausted (in a good sense), because it's not so easy to give your attention equally to everyone and do it in Dutch :) The role of volunteers in the lives of children is very important, since we spend a lot of time together, teach them something new, introduce our culture and become role models for them, so you need to keep an eye on your words and actions.

But there's nothing to worry about, because there are a lot of experienced people to help at any time - parents, mentors, our local coordinator, etc. Every week we gather the whole team and discuss our worries, our successes and plans for the future. 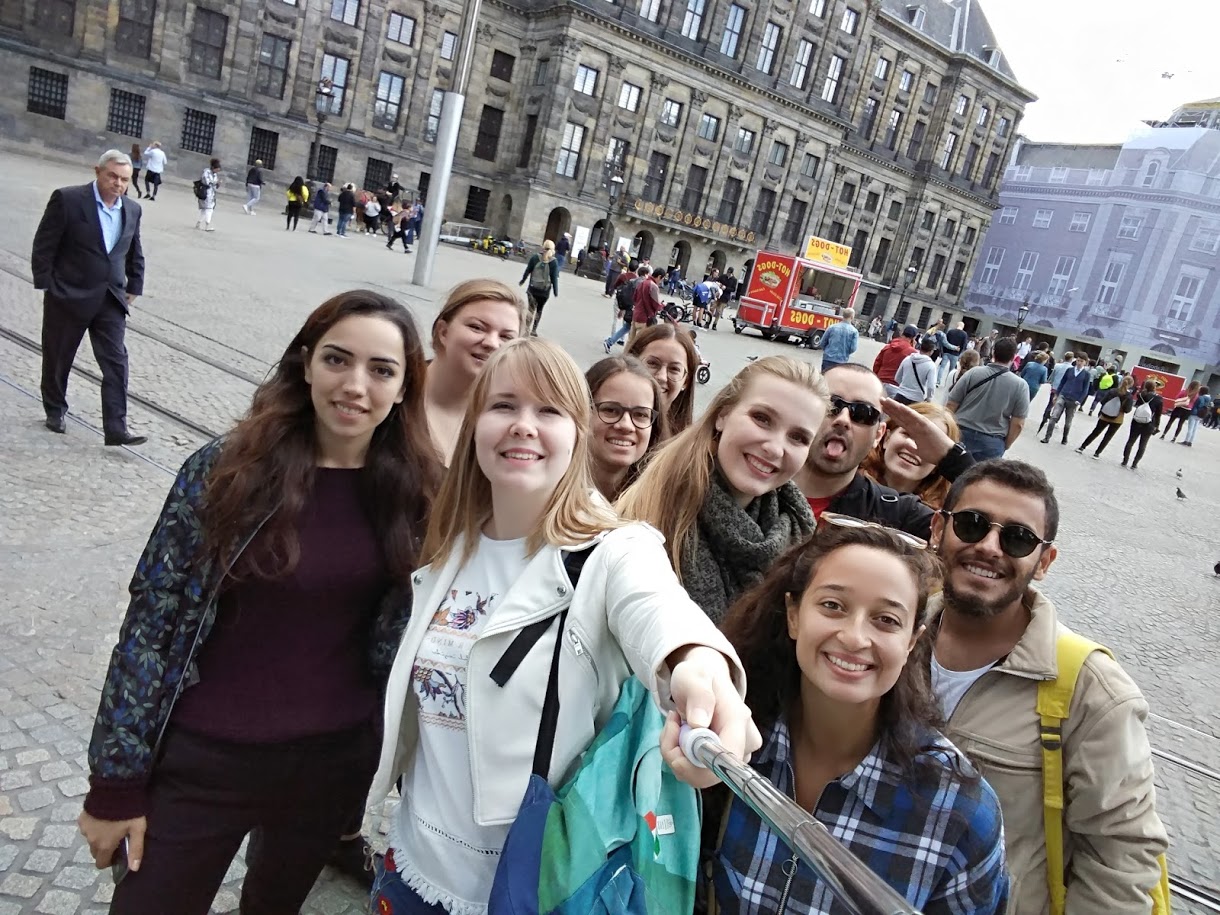 Now - how this project changed me. Apparently this happens to everyone who volunteers in a multicultural environment, but the biggest thing is how my worldview has widened. Before, many things seemed impossible to me, but now I know that most of the restrictions and obstacles exist only in our heads, and you just need to get out of the comfort zone. Yes, it will be difficult and sometimes scary, but if you grow up as a person - absolutely worth it.

In addition, I can not help but mention the incredible number of new acquaintances, impressions, daily challenges, joys and failures - and a sense of strength when you realize that you can control everything. Here I learned how to cook Dutch (and Ukrainian!) traditional food, started learning new language, for the first time I moved the lawn and installed a light bulb, made my first make-up on Halloween, began to decently ride a bike, engaged in yoga, understood Turkish music and the conflict in the Middle East, brought up children, played with barbies, watched Dutch cartoons, grew mint on the windowsill, organized a Christmas dinner, first visited the church service, met a female priest, traveled the entire country and, of course, a lot of other stuff, but that is another story ;)

In general, I am very glad that there is such an opportunity for Ukrainian youth to go abroad for volunteering, because it helps us to be more open to the world, to other people, to work together and to create something useful for all humanity. If you are still hesitating whether to go or not - immediately stop thinking and just apply! And in the specific project in a small village in the middle of the Netherlands, Ukrainians already are known and loved.