Hi!
Finally the time came to tell people about my EVS!

At first I want to tell that this EVS is one of the most interesting happening in my life for the last year. And now I strongly recommend all my friends to be a volunteer, at least  for the short time.

This project was dedicated to help migrant Syrian kids, it is located in the south of Turkey in the city Gaziantep.

How did I decide to go to this project? For the long time I knew about EVS and i dreamed about participating in it. I read that finding short term project is not easy, that’s why when I found call for volunteers in Gaziantep I immediately wrote motivation letter to coordinator of the project - mr. Ali.

When I started to write letter  - I decided -  I want it to be informal, I’d like if they see me through my letter. So I told in letter that I really interested in helping kids (which was true), I know a little bit of turkish and added some pictures of me.

I was so surprised to have in the morning  an answer back from our coordinator- mr. Ali. In which he told that I’m welcome to the project and if it’s okay for me to go in the April? I was jumping from the joy and started to think about future journey.

I didn’t tell anyone about my plans, except my sister and in two days before going I took vacation at work and told my father. He was surprised, but I felt confident about project and so was he. When I was going to IstanbuI, I totally forgot to check email from our mentor - Ignat and that’s why I had to reach project location by myself . It was lucky that people I asked  about the way was very kind a helpful, so I reached GEGED easy. Eventually I got used to kindness of strangers in Turkey.

The moment  I opened Geged’s door was scary and exciting at the same time.  It was so cool to find that all volunteers are superfriendly - thanks to them I felt myself at home from the very beginning.

So what we were doing at the project? Volunteer’s life is pretty stable - at weekend’s it’s travellings and at the weekdays it’s lessons with different groups. At Monday’s we had planning meetings where we had to choose activities for the next week. Activities were very different: it’s was language lessons at ASAM’s,  groups with orphan kids, afghan kids, speaking clubs, oncology activities, hand art classes. Every activity were led by few volunteers, so I never felt stressed at the lessons, it’s never was my own business to work with children. 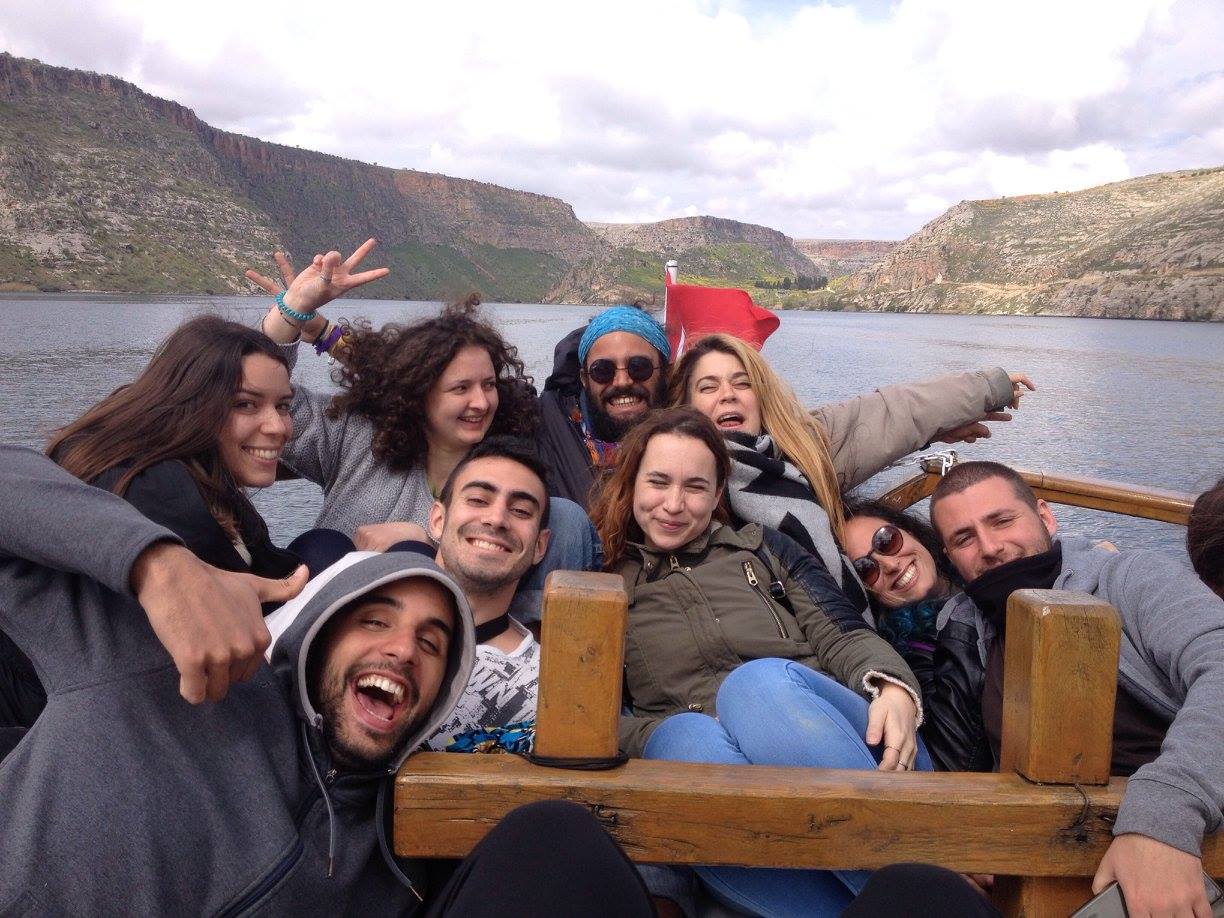 Of course some of the groups were easier to work with, some not. If we had groups with not-a-single-word level of english we started from beginning, from alphabet. But anyway - I think for children it was useful experience, and I want to add - that everytime we had a permanent support from local volunteers - which were translating us arabic and turkish languages. And every kid was very curios, responsive and kind-hearted. So we tried our best to help them discover more.

This part was about work. Let’s talk about free time!

Every week we had farewall+dedicated to some culture party. When I sat at party like that at the beginning - I was thinking - oh my god, why people are crying, probably they are too sensitive, but when it’s came my time to leave i realised why and did it myself.

At this party’s volunteer’s from the same country were presenting culture of their countrey to all of us. The most memorable for me was Portuguese night - maybe because I hanged out a lot with Portugueses. I tried their superdelicious dish - empadao, heard their traditional songs - fadu, and seen amazing pictures of Azores. 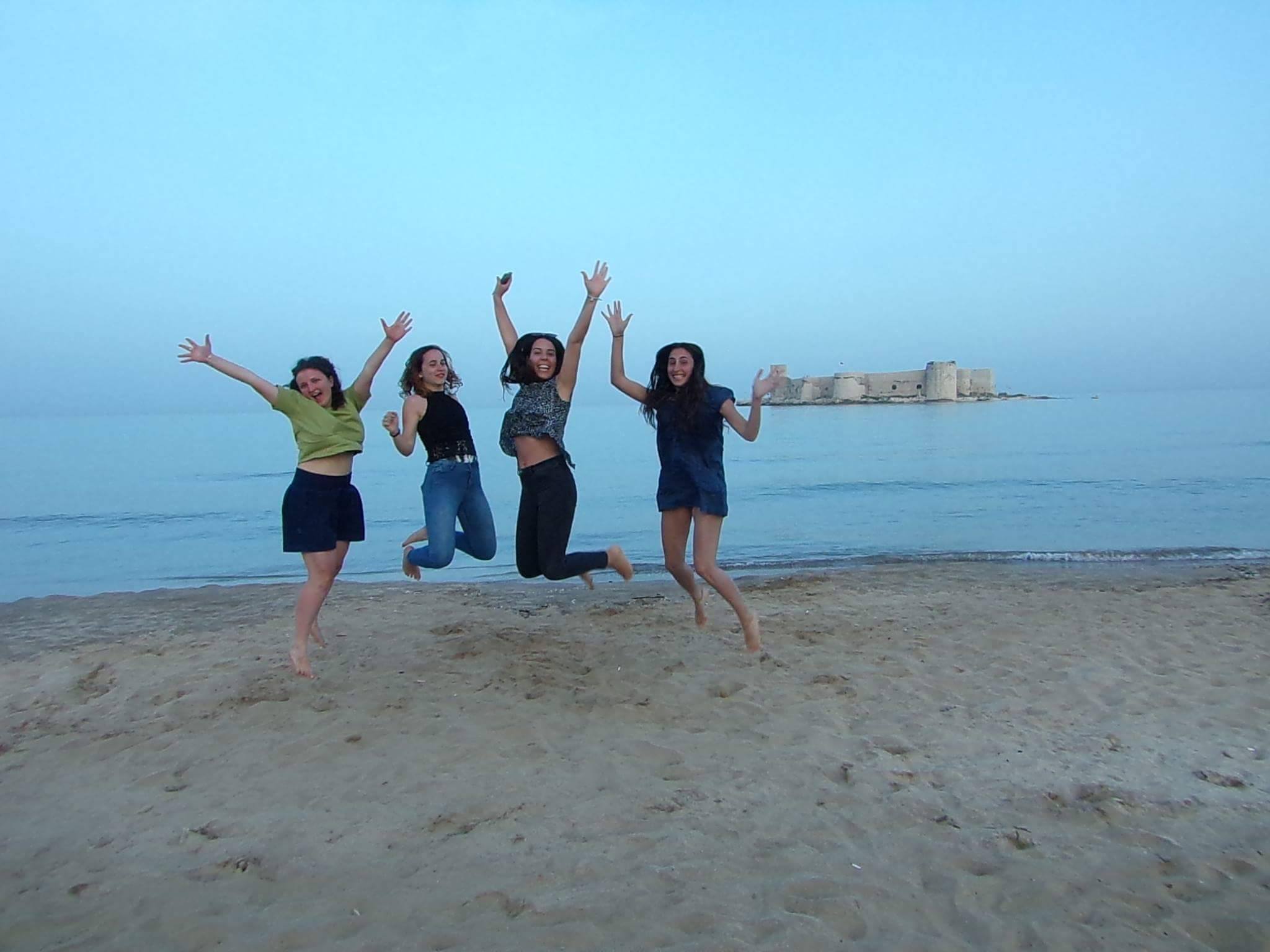 I want to tell a little bit about city where project is located. Gaziantep - is pretty big but conservative city in the south of Turkey. A lot of women there prefer to cover themselves. That’s why if you don’t want too much attention at the streets - try to hide obvious parts of your body, knees for example :)

Even in this conservative city we found a party. The music was like arabic dubstep and people were dancing all together holding hands and making same steps. I joined them and it felt amazing!

Only one weekend we spend at home - because suddenly we all felt not ready to go anywhere. But except one weekend - we spent every free day in different places and cities of Turkey, we were at Halfeti lakes, Capadoccia, Mardin, Mersin, Kayseri - we were in every interesting place we could go for 1 month. By hitchhiking. We met a lot a lot of good people, We were running through the hailstones in a cave city, slept at bus station in sleeping bags, went superfast at someguy’s audi (we didn’t stole it, he picked us lol), played charades till 3 o’clock, looked at sunrise on the hill full of ballons in the air, slept in the house of big kurdish family, danced all day with the children from a refugee camp...I can’t mention everything, but I’m so grateful I had this experience in my life, I feel so lucky that I had chance to meet so much interesting and amazing people from all over the world, to see Turkey inside, help people with something I can do. I grateful to all the people who makes possible this program - thanks to GEGED, Erasmus+ program, and our marvelous sending organisation - Stella!